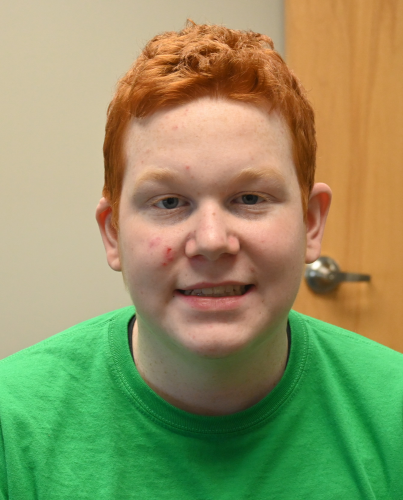 Highlighting the growth and experience teens gain through Club is a key part of the Youth Of The Year competition. All four Boys & Girls Clubs of Elkhart County Clubhouses are selecting their winners who will move on to compete county-wide in February.

Andrew Deal will represent the Middlebury Club. He said he had no hesitation entering the contest.

“I really look for every opportunity. I want to represent our Club and what I think Club will do for others,” he said.

Deal said he was challenged by the requirements for the competition, which includes public speaking and essays.

“They (essays) were challenging. It helped me think through and organize my ideas. What really felt good was looking back at all I’ve done at the Club,” he said.

That sentiment was echoed by Rhonda Eicher, the program manager for the Middlebury Club.

“I’ve seen him grow up in the Club over the past seven years, and have loved watching all the activities he’s been involved in here,” she said. “It has been amazing to watch him grow into the leader he is today.”

Deal said he considered the influence Club has had on his life as he worked through the materials for the award.

“Club has impacted me in many ways. It’s my home away from home. It’s a family here. It’s not perfect, but it’s fun. I couldn’t imagine Club without the people we have here. It wouldn’t be the same,” he said.

Now, he’s looking forward to meeting the winners from the other three Clubs at the county-wide competition and sharing his story.

“I do like the competition, but it’s really about sharing what Club means to me — what it stands for. I like the feeling of being around people who are trying to do the same things as me and go to the same places. I’m anxious to see what they do with their talents,” Deal said.

“I know he wants to be on the national Keystone Conference Steering Committee. He would be the first from Middlebury to be on it. I feel Andrew has grown to the place where he could do that,” she said.

“He’s a great story of a Club kid who has been super involved and a great example of what Club can do.”