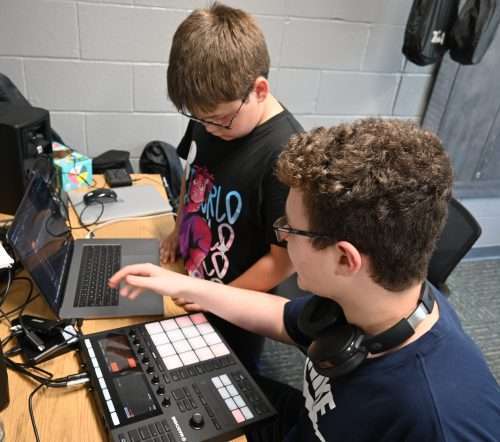 They’re surrounded by the sounds and images throughout the day. Now, teens from the Goshen and Elkhart Boys & Girls Clubs of Elkhart County Clubhouses are being immersed in media arts.

The program has been run for a few years at the Elkhart Teen Club by Quenton Williams. He’s now teaming up with Noah Riehl at the Goshen Club to offer it there. 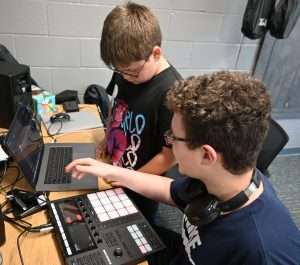 “When I met Q, we wanted to bring Elkhart and Goshen together to build something really cool for the kids,” Riehl said.

Like Williams, Riehl has been involved with various media for years.

“I’ve been into music since I was six. I worked at Sweetwater Sound and I’ve been in bands,” said Riehl.

“Not every kid wants to play the guitar or an instrument, but they want to be a part of the music,” Riehl said. “We are showing them things they can actually do at home without a lot of big investment.” 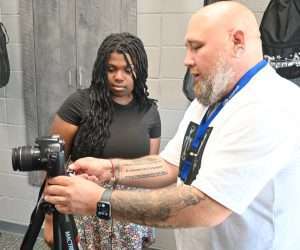 Members are engaged in the process and all come for a different reason.

“I just wanted to try some new things. I’m seeing how to open up and find new things to do so I’m focusing on photography,” said Alayah Malone.

“I like rock and roll music. I mostly do art work, but I like listening to music so I thought this would be fun,” said Lilian Stoneburner, who wants to create sets.

Others in the group are invested in creating music. Kerrington Lee took his place in front of a microphone to practice creating lyrics for a rap song. 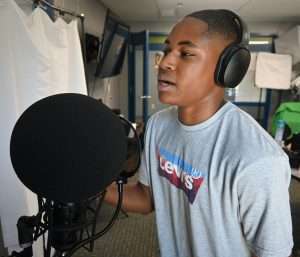 “I’ve been an underdog who’s been good at music. I really want to elevate that,” he said. “I want to do music and keep talking about my life,” Lee said.

Joshua Polasky says music is a family affair in his house.

“Me and my dad love music. I was given a chance by Mr. Q to learn more about music. When I heard that Noah was doing this here in Goshen and Mr. Q was coming too, I jumped at the chance,” he said.

Williams and Riehl are hoping the program expands and draws more teens interested in getting an introduction into the field.