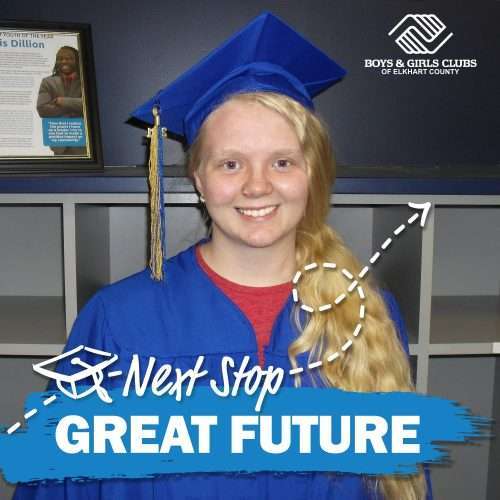 Allison Kinzer hasn’t even graduated, but she’s already starting to spread her wings. She had enough credits to begin her next chapter of life a few months earlier than her peers. She’s secured a steady job and her own apartment, but she hasn’t forgotten about the impact Boys & Girls Clubs of Elkhart County’s Elkhart Club has had on her.

“I come here two or three times a week,” she said.

She’ll get her diploma with her younger sister Olivia, who is graduating a year early. 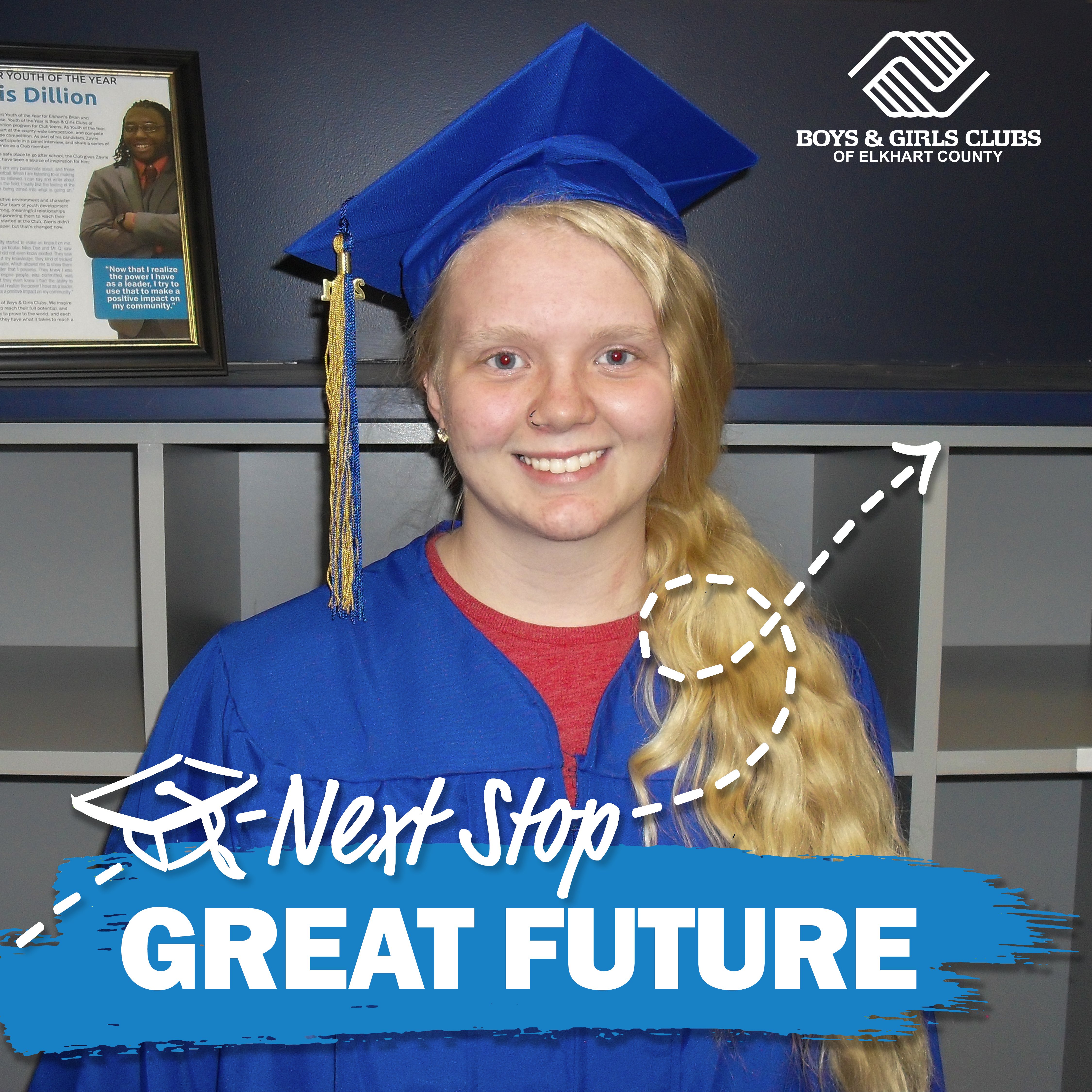 Kinzer has been coming to Club since she was in first grade. She says the gym time was what excited her early on. She’s been there as the Elkhart Club has grown.

“The staff and the growth of the Club has been incredible. It was so exciting to see us get our own building,” she said. “The staff are like a family connection. Mr. Q and Rubin – you can talk to any of them, and they are cool with you.”

While she didn’t always like the structure at the time, she says looking back she can see how it impacted her.

“The Club forced me to stay up on my homework. They want you to stay in school and develop to be your best. I’m going to miss that personal connection. Not coming in will be hard.”

Kinzer was the Youth Of The Year in 2017 and says the Keystone Club for teens made a big impression on her. Especially when the Club took a trip to Chicago.

“The Chicago trip made me open my eyes to what’s outside of Elkhart,” she said.

She says the main thing she’ll miss is the connections she’s made.

“When I come here, people know I exist. People are listening. People who want to know my name.”

Congratulations Allison and good luck as you head into the next chapter of your great future!