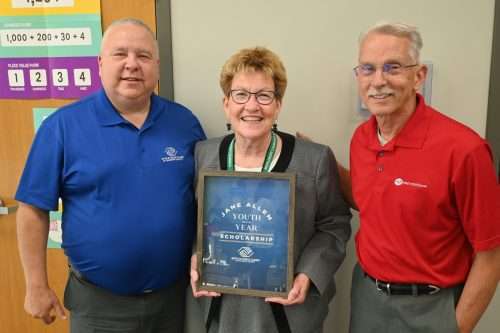 The Boys & Girls Clubs of Elkhart County has named the “Youth Of The Year” scholarship for the Middlebury Club after long-time board member Jane Allen. Allen retired as the Middlebury Community Schools superintendent after 39 years of service to the district. 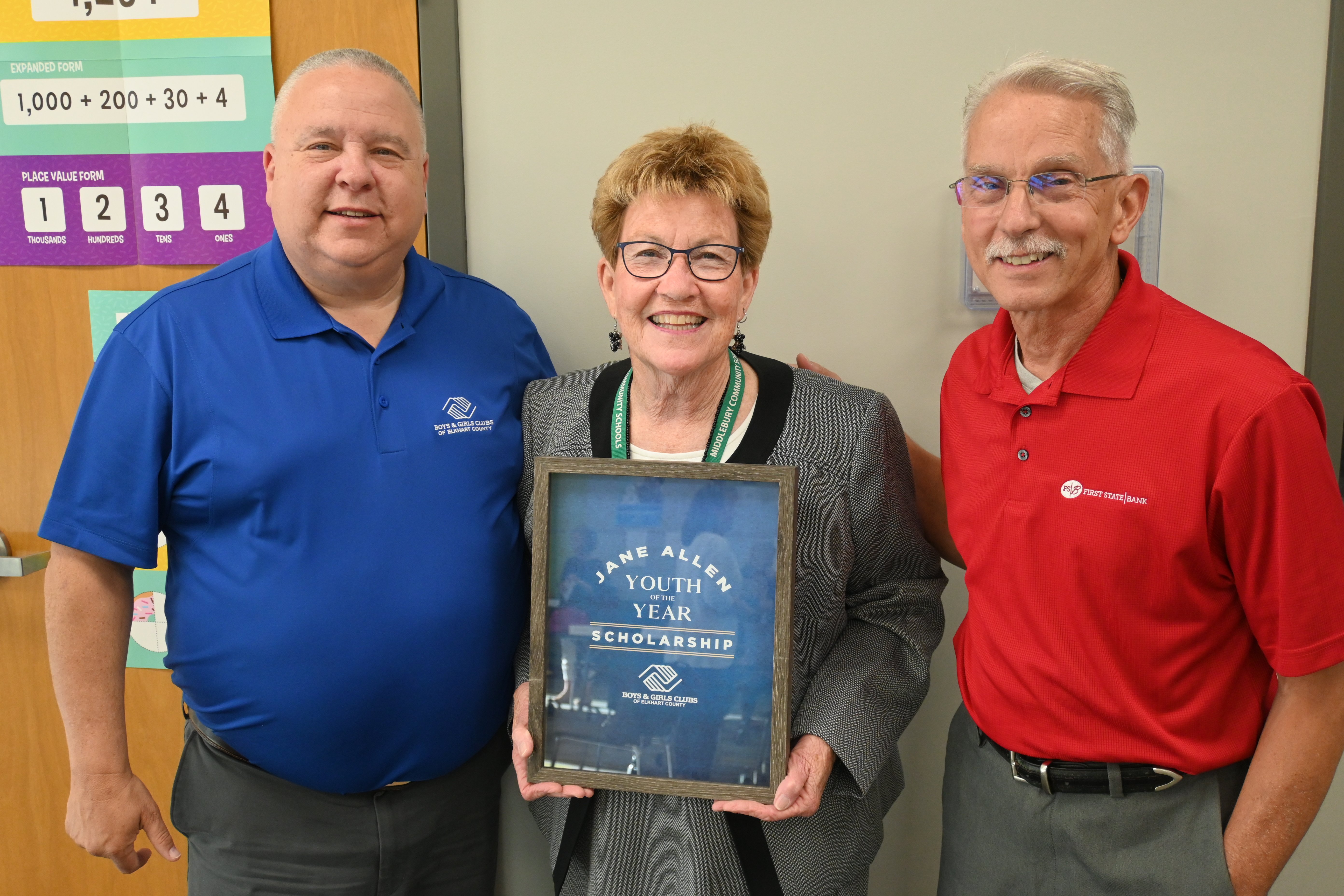 President and CEO Kevin Deary (left) and Middlebury Board President Dean Miller (right) with Jane Allen who now has a scholarship named in her honor.

The scholarship will be awarded to a Boys & Girls Club of Middlebury junior or senior “Youth of the Year” winner. These students embody the values of leadership and service, academic excellence and a healthy lifestyle. They also service as a role model for other young people in the Club and as a representative to the community.

In announcing the scholarship, President and CEO Kevin Deary commended Allen’s dedication to the club and community. 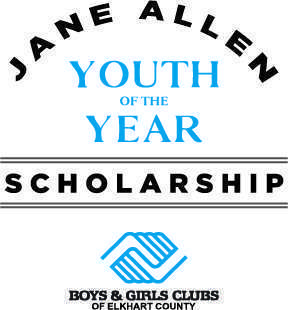 “We appreciate and respect everything Jane has done for the Boys & Girls Clubs of Elkhart County. This was the last scholarship to get named in someone’s honor. I can’t think of anyone more deserving,” Deary said.

Allen has been an advocate for the Middlebury Club and has served on the board since 2008. She has worked tirelessly to promote Club, which provides life-changing programs and services to local youth. A recent survey of Boys & Girls Clubs of Elkhart County members found that 94% of Club kids expect to graduate and 83% have applied for post-secondary education.

With her retirement, Allen will be leaving the Boys & Girls Club board, but plans to remain active as a volunteer in the organization.