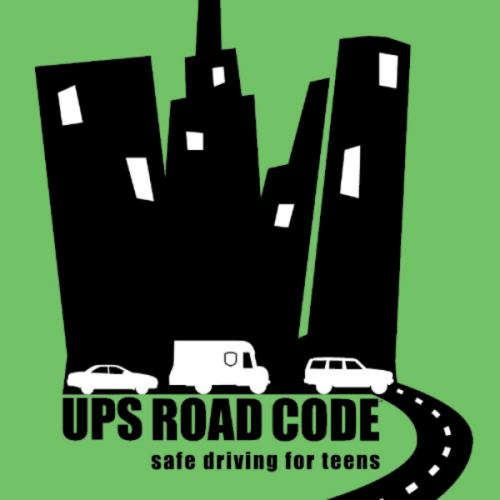 The numbers are concerning. According to the Centers for Disease Control and Prevention, the risk of motor vehicle crashes is higher among teens aged 16–19 than among any other age group. In fact, per mile driven, teen drivers in this age group are nearly three times as likely as drivers aged 20 or older to be in a fatal crash.

To help combat those numbers, the Boys & Girls Clubs of Elkhart County is working with teenage members to promote driving safety. Members from all four Clubhouses spent a recent Saturday learning about safety through the UPS Road Code program.

“It’s a really great program that offers life-saving skills — not only as a driver, but as a passenger as well,” said Nappanee Teen Coordinator Leeah Worley. 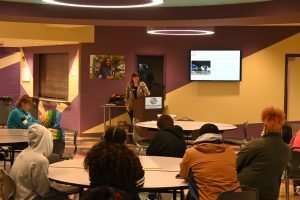 She said the goal is simple: to get teens to think before they create a situation that puts themselves or those around them in danger.

UPS Road Code was developed using the same safety standards and training that UPS uses with its own drivers. The program focuses on core safety principles, from basic instruction to the consequences of risky behaviors such as talking on cell phones, texting or drinking while driving. Driving simulators are utilized to test teens’ safe driving knowledge.

“UPS started this because a lot of their drivers were teaching their kids these skills. They chose the Club to administer the program because we’re a nationwide organization,” Worley said.

The program strives to give passengers power if they’re riding with a friend and see them doing something dangerous.

“If you see a friend texting while driving, they can feel comfortable saying ‘please don’t do that. I’ll text for you’,” Worley said, noting there are things she teaches the teens that she now incorporates into her own drive.

While some of the videos show accident scenes that are realistic in nature, one of the teens who took part said she hopes it was a wakeup call for everyone in the program. 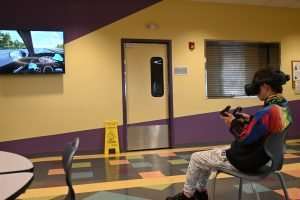 “We think we’re invincible and nothing bad can happen to you. Hopefully it wakes us up to the dangers that are out there. I know it’s hard to see, but it’s real life. I hope it wakes them up,” she said.

In between lessons, there are opportunities for the teens to get “hands-on” driving experience with the help of virtual reality headsets.