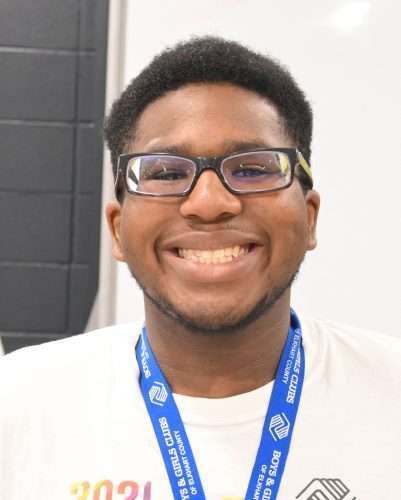 Being able to pull from real-life experiences can make a big difference when you’re working with teenagers who are trying to figure out their path in life.

Personal experiences from the Boys & Girls Clubs of Elkhart County are what Jaylen Washington pulls from in his role working with middle school members. In fact, his connections from his time as a member helped him get his current job at the Elkhart Clubhouse. 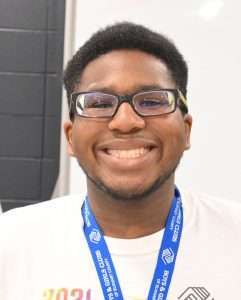 “I used to be a Club kid. Mr. Q (Media and Performing Arts Supervisor Quenton Williams) was one of my mentors. I saw him driving the Club van and he told me they were hiring.”

He will be attending Southwestern Michigan College in the fall to major in social work and said working at Club has reinforced his desire to help kids.

“I want to be a case manager. So getting the experience with kids and working with the people who helped me is awesome,” Washington said.

While some may find working with teens a challenge, Washington said that’s not the case for him.

“I love the different personalities. If I’m being completely honest, they have pushed me out of my shell. Once I got to know them it was a game changer,” he said. “The amount of progress I’ve made personally has been amazing.”

Washington attributes the connection to walking alongside the teens.

“When I see them sad, it hurts my heart. I want them to feel like this is a place where they can be happy. I want them to be able to tell me anything,” he said. “I’m told I’m a great listener. That’s my passion — helping people. I didn’t have people when I was young who I could talk to. Club filled that need for me. Mr. Q had the same interests as me so that made it easy.”

Like others in the Club, he wants to meet members where they are.

“Some are more mature, but some still have that younger attitude about them. I want them to know this is their space to find themselves as they’re growing. They need to find their group, but have fun and not take things so seriously.”

Washington admits that’s what the team at the Club is still doing for him — even though they are now his co-workers.

“It took me a few minutes before I thought of these people as co-workers instead of mentors,” he joked.

But the bottom line for everyone — the team and members — is creating an atmosphere that makes everyone feel like they belong.

“Once you get into the Club, they treat you like family,” he said. “It’s a great feeling that I found a place here. So that’s what I’m trying to offer the young teens I’m working with.”