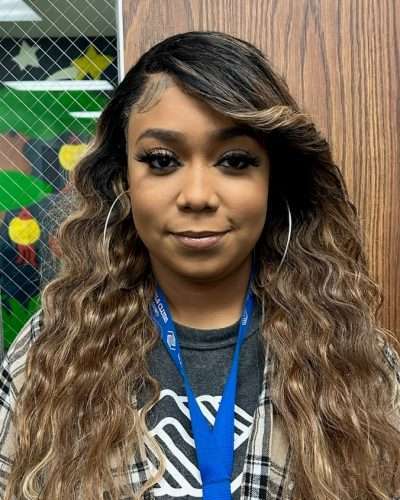 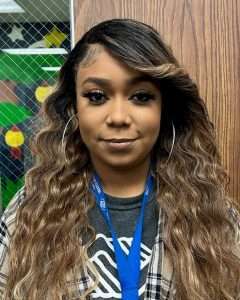 Tatiana Jackson loves being able to cut through the haze to be a positive influence. She’s the middle school teen coordinator at Elkhart’s Brady Center for the Boys & Girls Clubs of Elkhart County. She took the position a couple of months ago, but is no stranger to the Club.

“I wanted to experience a new role. I wanted to give the teens needed some stability and lead them in a way that I’ve led the younger kids. I want to be able to help them grow and guide them along the way,” she said.

Jackson started working for the Club in 2017. She moved to Chicago for a brief time, but returned and has been a familiar face to members.

“A lot of the teens seem to connect with me and naturally want to open up about random things going on in their life. It doesn’t seem very hard to pull things out of them. They seem to gravitate toward me,” she said.

Jackson said teens — especially at the middle school level — are still finding ways to express themselves.

“Some of them beg for lots of my attention, but some of them may just want five minutes to tell me about their day,” she said. “They’re at that age where everything is changing. The world is so confusing, and they can be influenced by so many things. They can go down so many paths if they don’t have the correct guidance and models in their lives.”

That’s part of what motivates her every day. She said even teens with a strong family support system still want other adults to play a role in their lives.

“I love being part of their growth, being able to help unlearn some of their rebellious behaviors and enabling them to see a different perspective that they didn’t see or even know was possible for their lives,” Jackson said.

She said a common misconception about teens is that they don’t really want attention or feel the need to be entertained outside of technology.

“Sometimes they want to be connected on a different level. You have to be able to find that for them,” she said. “They may just be scared to ask for help or maybe think something is not even worth asking about. I want them to know if they have a question or something they’re not sure of… I want to be that place for them to be comfortable enough to know they won’t be judged.”

In today’s society, Jackson said some teens are not experiencing their childhood the way they should be able to. Many feel pressure to grow up too fast. That’s why she wants to help them determine the correct path for their lives.

“There will always need to be someone for the youth in our community. They are the generations who will be the new leaders. They just need people to guide them. They need to see there is a future ahead.”