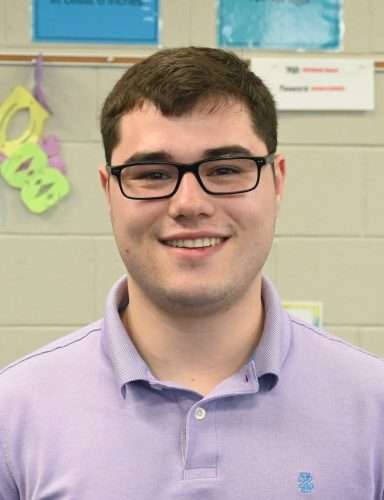 “I remember being in the gym a lot,” he said of his time as a member. 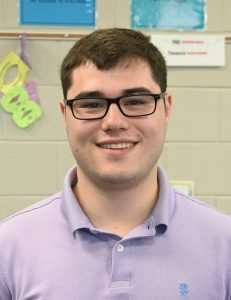 Now, he’s trying to make the experience as fun for the next generation of Club members as it was for him.

“I try to be fun. I want to ask them how they’re doing and treat them like a person and not a kid. They like to be communicated with as a person,” Floria said.

He also tries to share information about Club activities with the parents.

“Sometimes they will start a conversation and share how their kids are doing at club. I love when they tell me how much fun their kids are having,” he said.

His route to the Club came as Floria was trying to figure out his career path.

“My dad mentioned the Club to me and put me in touch with (CEO) Kevin (Deary). I met with him and took a tour of the building. I was really amazed at how awesome it looks here compared to when I was a kid. It’s so crazy how the club has grown. I just knew that kids were having fun here,” he said.

While the job can be like a combination of traffic cop and air traffic controller, Floria said much of the job involves communication. If you handle it well, things run as smoothly as possible. He also  recognizes the awesome responsibility he has and the fact that he’s a role model to the members he encounters.

“I remind myself that they’re always watching and very attentive. I think it’s fun when I have kids that want to help and do a good job. I know that will influence them later in life. They will think back to the experience they have here,” Floria said.

SUPPORT THE CLUB WITH YOUR DONATION