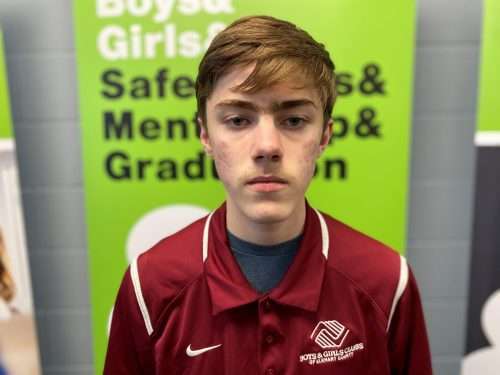 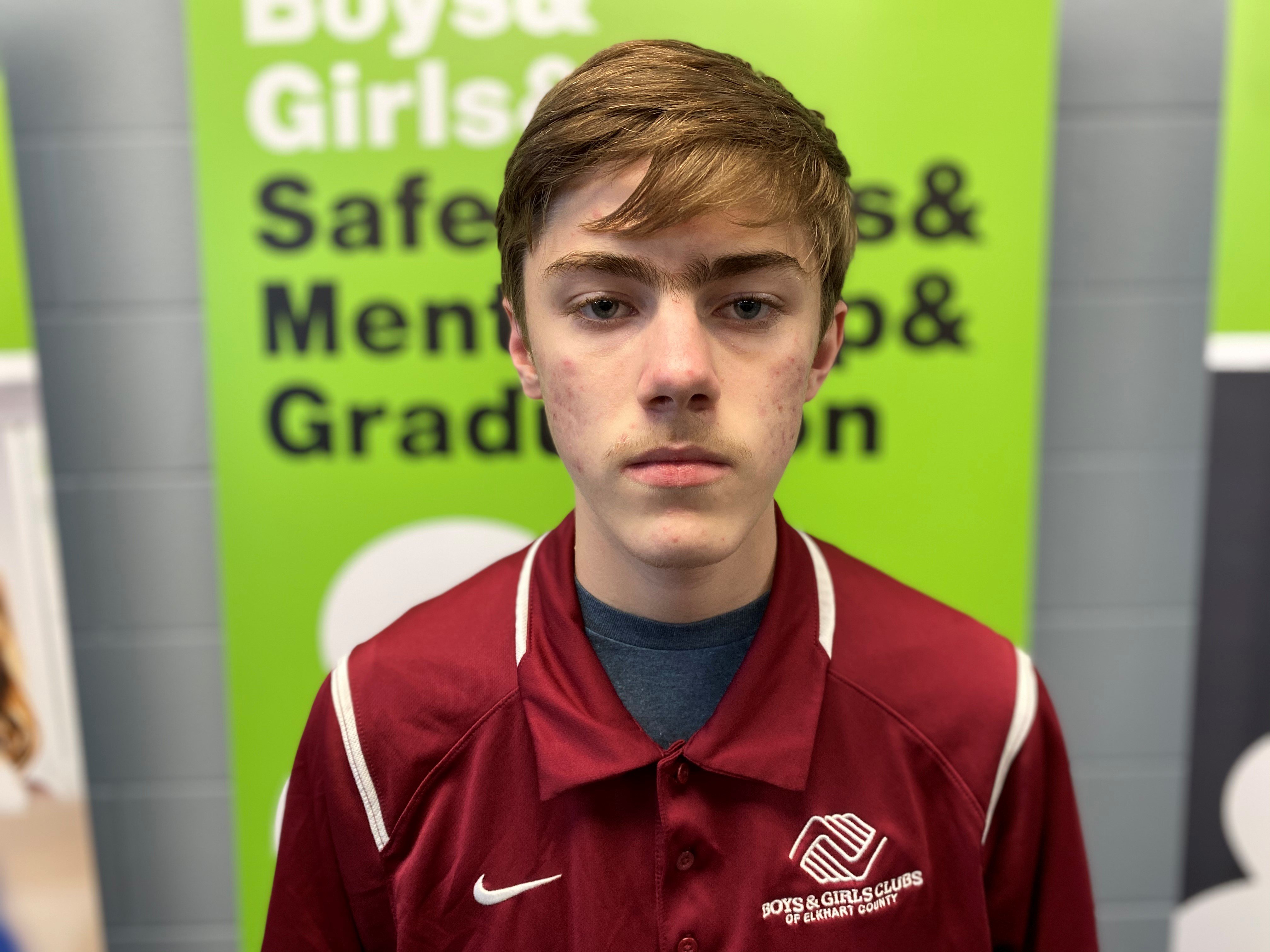 “One of the benefits of the Boys & Girls Club is the opportunity to build meaningful relationships with both team members and club members. One team member who was a great support for me was Brittny Bayless. When I started, Brittny was the learning center director and later became the program manager. She was the first team member at the Club that I ever really got to know. She was also the one that introduced me to the many wonderful and fun opportunities and programs at the Boys & Girls Club.” – Carson Simmons, 2021 Middlebury Club Youth of the Year

Carson Simmons, 15, is recognized as Middlebury Club 2021 Youth of the Year. As a freshman in high school, Carson is values the leadership opportunities he has been afforded during his seven years at Club. He reflects that while he came to Club as a youngster because ‘he had to,’ and it was a place to access WiFi, he now comes to Club because he wants to connect with others and explore new opportunities. He values his time in Torch Club, the service Club that expanded his connections to the community. He contributes to Club by finding ‘new ways to make things better, like caring for video gaming equipment.’ He recalls a time when he had difficulty with interactions due to a ‘short fuse and temper.’ Through the Club he was able to connect with a Skills Trainer who talked to him, providing new strategies for his strong emotions. Carson states that he has been able to overcome his anger ‘to a point where people would not even recognize me as an angry person.’ Carson is proud of his progress and Boys & Girls Club is proud of Carson as Youth of the Year, Middlebury!