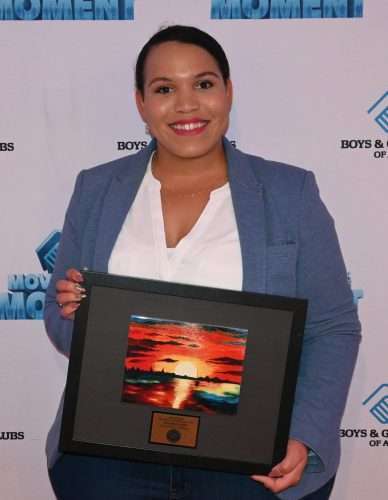 Natasha Lantz has been awarded the Herman S. Prescott Award for the Midwest region, which includes professionals from 13 states. It’s presented each year to a member of The Professional Association (TPA) of the organization whose service emulates that of one of the movement’s great visionaries, Herman S. Prescott. 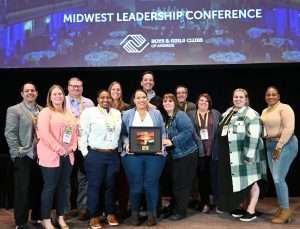 The winner must embrace and be an advocate for the rights and dignity of all. Her belief in the principles of diversity, equality and empowerment must be the hallmark of her work within the Boys & Girls Club.

Lantz is a Youth Behavior Specialist and Licensed Social Worker who works with children at the Clubs in Elkhart, Goshen, Middlebury, Nappanee and assists with KidsCare sites throughout the county. She was director of the Middlebury Club from 2018 until taking on her current role in 2021.

“She works diligently to make sure all Club members and team members have the knowledge and resources to be inclusive and welcoming to all races and backgrounds,” said Chief Advancement Officer Matt Fischer. “Natasha has a natural talent to see the beauty in all children from all walks of life.”

Lantz said her goal is to lift kids up and see their full potential.

“I have so much compassion for them. I believe in their potential because someone did that for me. Even if their current circumstances are hard, it doesn’t have to determine their future. That fuels a lot of what I do every day,” she said.

“Natasha works tirelessly to make sure that every person she encounters feels respected and important. It’s so amazing to see someone who grew up in Club pour herself into the generations that are following her,” Leftwich said.