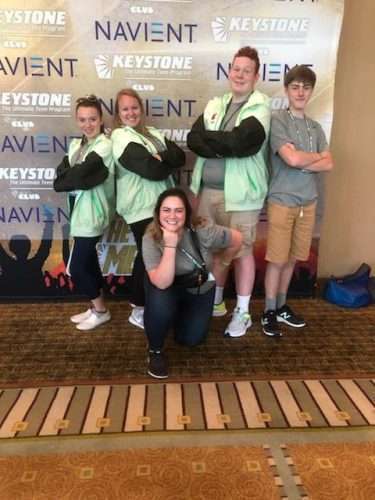 Four teens from the Middlebury Club and one from the Elkhart Club have just returned from an unforgettable trip to California. They attended the national Boys & Girls Clubs Keystone Conference. 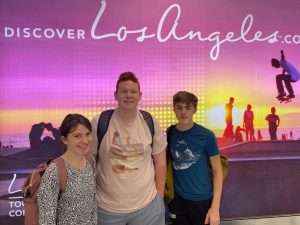 Keystone is our most dynamic teen program. It affords teens an opportunity to gain valuable leadership and service experience. Teens conduct activities in four areas: academic success, career exploration, community service and teen outreach. With the guidance of an adult advisor, Keystone Clubs aim to positively impact teens, their Club and local communities.

“For most of them, they haven’t been able to travel many places. Being on an airplane for the first time was a big deal. They said it was a once in a lifetime opportunity that they will never forget,” said Rhonda Eicher, Middlebury Club program manager. She accompanied the teens on the trip along with Teen Supervisor Leah Tuttle. 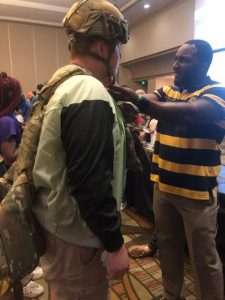 The teens earned the trip by working the Club activities throughout the year. Eicher said the experience has them energized for the new season which begins soon.

“Making those connections with other teens around the country and the world gave them new ideas they can bring back here. It expanded their knowledge in what they can do here,” she said.

“We learned all their stories. It gave us a new perspective on how people handle different situations,” said Stormy, a sophomore who just finished her first year in the club. 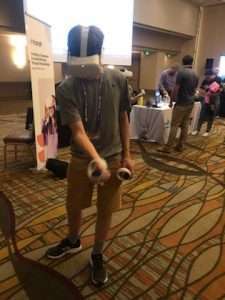 Carson, a junior who is in his third year in the club, said he was surprised by what he experienced. He said it was different than what he anticipated.

“I wasn’t expecting all the fun. I was expecting a ‘conference’. I thought it would be like a board meeting,” he said. It wasn’t a Boys & Girls Club meeting. It was a Keystone Club meeting. It truly was a meeting of leaders in the clubs not members.”

Club member Andrew agreed. The freshman is beginning his second year in Keystone. 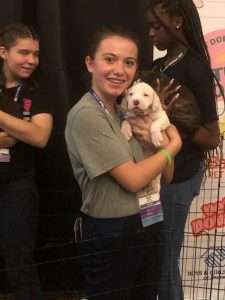 “When we got there, they even made registration fun! It was mainly kids who led things,” he said. “My biggest takeaway was the classes. It showed us how to run our Keystone Club better. They kept our attention and I learned about making our club more successful.”

Club member Hailee, a sophomore, said she enjoyed getting to know people from other clubs around the country.

“We had this club in common — the same interests and goals — it was neat. You could speak your mind. You could really be free to be who you are. It made it easier to agree, disagree and find common ground,” she said.

Eicher said the biggest win for the local club is the new connection the four teens have.

“The four we took come from different social circles. Their social bond is now so strong. It’s little things like that which are so special,” she said. “They had inside jokes and they are still talking about it so I know they’ll remember this for a long time.”

“We have a group chat now,” Hailee said. “The bond we experienced on the trip — when we were together, we saw each other in a different light.”

Now they’re focused on building the local club and getting more teens involved.

“We want to be able to afford to bring more people next year. We’re already talking about bigger fundraisers this year,” Hailee said.

Eicher said the teens have been sharing their stories with younger members which has sparked interest in this fall’s Keystone Club and Torch Club, a similar program for middle school teens.

“It makes us more energized to get back to work,” Andrew said. “It’s not only the experience, but we did this together.”