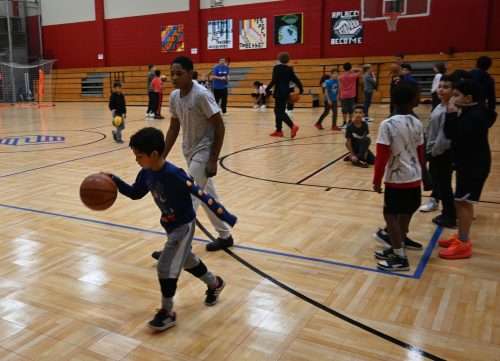 The gym at the Boys & Girls Clubs of Elkhart County’s Goshen Clubhouse is usually full of activity. But in the evenings, basketball is now the focus — and it’s not just the teens participating in Michiana Youth Sports League (MYSL) competition.

More than 50 eight through 11-year-old members make up six “Junior NBA” teams. They’re learning the fundamentals of participating in a team sport and having a lot of fun in the process. 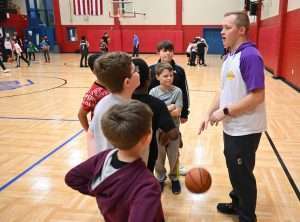 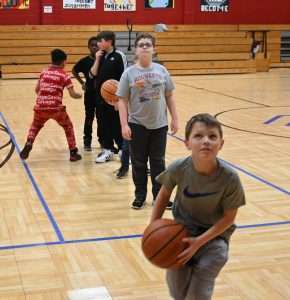 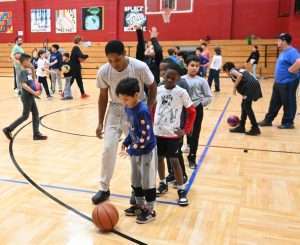 “The goal is to teach them the fundamentals — things like good shooting form, good defensive skills and dribbling,” said Athletics Supervisor Tyler August. “It’s not about who shoots the basket. There are times you need to do that, but we want them to understand the strategy and how to work as a team from an early age.”

The teams are being coached by August and volunteers. Some of those volunteers are members of the teen MYSL travel team at the Club.

“I feel if the kids get the same coaching I got, then it will inspire them to get better,” said Kerrington, a member of the MYSL team and volunteer coach.

Because the kids are starting with different skills levels, August said they have worked to even out that issue on the teams as much as possible. 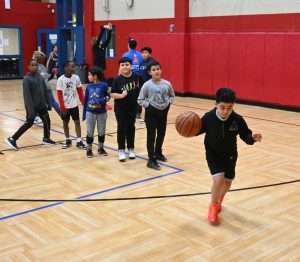 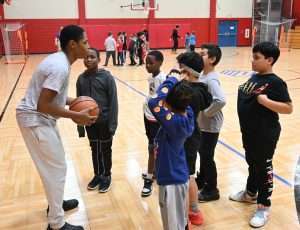 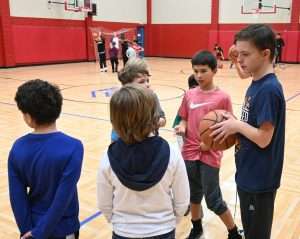 “My rules are simple, but I want to help them have team bonding so they become smarter, faster and better as a person and a team,” Kerrington said.

11-year-old RJ is playing on one of the teams so he can improve his shooting skills and be a better player overall.

“I’m learning not to put too much power on my shot or it will just hit the backboard and bounce off,” he said. “The strategy is to put more arch in the shot.”

August is working to create programs and opportunities like this to encourage members to try new activities — even if it’s outside their comfort zone.

“We don’t want them to wait until they’re in sixth or seventh grade to join the varsity team and have them feel overwhelmed,” he said, noting the members are eager to get to the gym and practice.

“If they like a sport and are willing to listen, that’s all that I’m asking. I just want them to give 100 percent,” August said. “My goal is to develop these young kids as a farm team of sorts. The hope is we get them ready for the varsity level travel teams.”