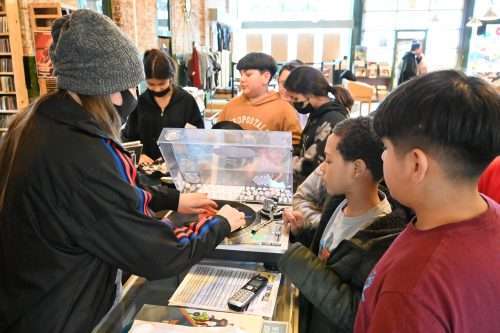 Would you head out on an adventure each week, not exactly sure where you’re headed?

That’s what teen members at the Boys & Girls Clubs of Elkhart County’s Goshen Clubhouse do each Monday. They load into a van for “Mystery Monday” and end up at a different destination to expose them to new things. 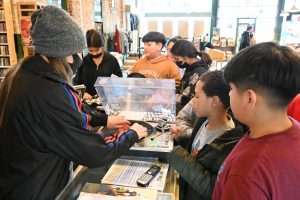 “I try to pick local places and do things they may not experience otherwise,” said Goshen Teen Program Coordinator Amber Stoneburner. “They don’t know where they’re going until we get there.”

That’s part of the fun for the teens. Stoneburner said the trips could be something a simple as a new restaurant or something more challenging like a game of laser tag.

“They get pretty excited. They start asking me on Tuesday where we’re going the next week,” she said. 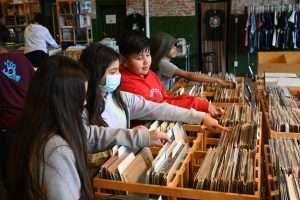 On a recent Monday, they explored the retro world of vinyl records at Ignition Music Garage in downtown Goshen. Most of the teens had never seen old-school records.

“I like it because I’m into music,” said member Jesus Campos. “I’ve been told about this place, but have never been here.”

Owner Julie Hershberger showed the teens how record players operate and asked about their favorite musical artists. She said her love of records is steeped in nostalgia.

“My mom would buy 45s and give them to me. Some of them came in different colors so I would organize them as collections,” she said. 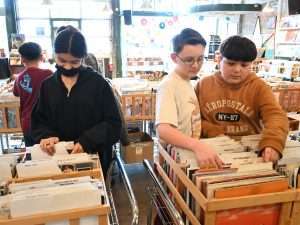 She said she started listening to different music as she got older and was hooked.

“As people started throwing away old records I took them in and it led to this,” she said, referring to the store.

Club member Lily Stoneburner is also a fan. She said she was excited to find out they were visiting the store.

“I have practically grown up here,” she said.

As for where the group will end up next? It’s anyone’s guess.

“I do know it will likely be something they normally wouldn’t do,” Amber Stoneburner said.