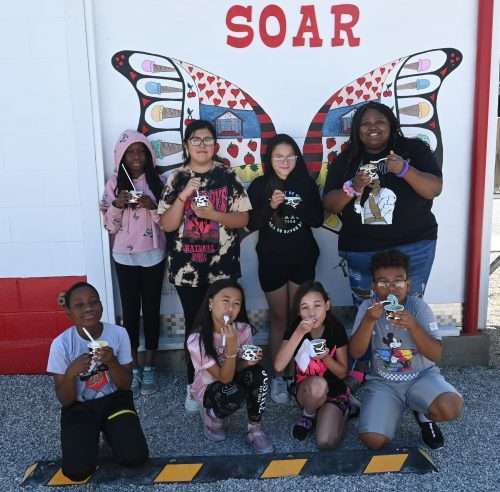 It’s always great when local businesses team up with the Boys & Girls Clubs of Elkhart County to help empower and inspire our members.

Goshen members have been working with The Chief to develop a new ice cream product as part of Lemonade Day — a partnership with Junior Achievement serving Elkhart County.

Since its launch in 2007, Lemonade Day is designed to spark the spirit of entrepreneurship and empower youth to set goals, work hard and achieve their dreams. 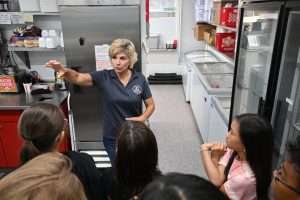 Goshen members teamed up with Tracy Klopfenstein, The Chief owner, to create the “Chill Lemon Cruncher Sundae” on sale this week at the Goshen and Granger stores. It’s lemon ice cream with crushed vanilla wafers and topped with white chocolate chips and sprinkles.

“I was amazed by the creativity. When I met with them and told them the things that would prevent us from moving forward with an idea, they were able to adapt to create a product that would work,” Klopfenstein said.

She said The Chief created an ice cream flavor with the teens last year — and the “Lemoreo” flavor is still being sold because it was so popular.

Da’Jah Frye is heading the Lemonade Day program at the Club. She said she’s pleased with the involvement from The Chief and the Club members.

“The reaction has been amazing. They’re excited with how the process is going forward,” Frye said. “Tracy came in and gave them the idea of creating a sundae. They threw out random ideas for the ingredients and we voted.”

She said the members are learning how a business works and runs. They’re also seeing how their ideas can come to fruition.

The learning process was a key for Klopfenstein, too.

“I’m a business owner who is also a 32-year educator. I love seeing them excited about an idea. Their questions are on the spot,” she said. “From a business owner perspective, it shows them what’s involved. When we bought this, we wanted to live the motto ‘Make the world a sweeter place’.”

She said the program has been a great opportunity for the members to get them excited about making an impact.

Members at the Middlebury Club are working with Souper Brew on a similar project. Elkhart Club members are creating old-fashioned lemonade stand.