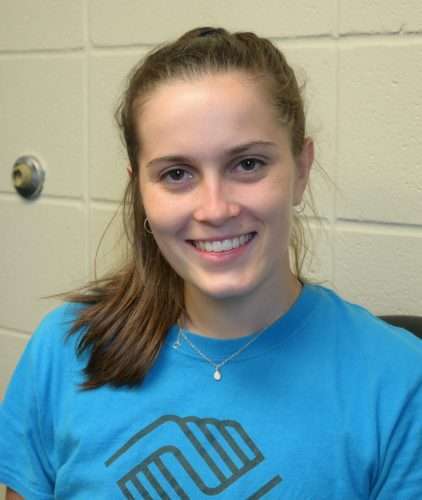 Four local students are gaining valuable experience this summer by working with kids at the Boys & Girls Clubs of Elkhart County through the AmeriCorps Project ACES program.

Project ACES (Accelerating Children through Education Support) is an AmeriCorps program of the Boys & Girls Clubs in Indiana. It provides services and programs to youth throughout the state.

Yoder, a Goshen College social work major, says she was drawn to the program after working in the past at the Boys & Girls Club as part of a field work component for her social work major. She now works in the cadet game room with first and second grade students.

“I like that I get to know the kids,” she said. “It’s nice to know that I make a difference for them.”

Torres, who is majoring in education at Goshen College, says the program was a perfect fit for him, since it’s difficult to find internships during the summer months.

“I’ve always been bummed that as an education major there are not internships during the summer. I found out I could work with kids and do stuff in the gym and thought what a great fit.”

“I’ve already talked to a few of my friends about doing this next summer. They’re in the same position with a lack of summer internship opportunities.”

For Lomeli, who will attend Saint Mary’s College with a major in political science and a minor in international business and Spanish, there was no hesitation in taking the role. As a former Club member herself, she knew she could excel in her new role. She’s using her Club experience to have a positive impact on the younger members.

“I remember staff members who impacted me. They definitely instilled confidence in me. Kids need people to believe in them before they believe in themselves,” she said.

Copeland, an education major at Bethel University, says she was drawn to the program after volunteering at the Boys & Girls Clubs as a tutor during her senior year in high school.

“This is the perfect place for me. We get to do a bunch of different things with the kids. It’s a really good experience to work with the kids over the summer,” she said. “This would be a fun full-time job forever. I just love it!”