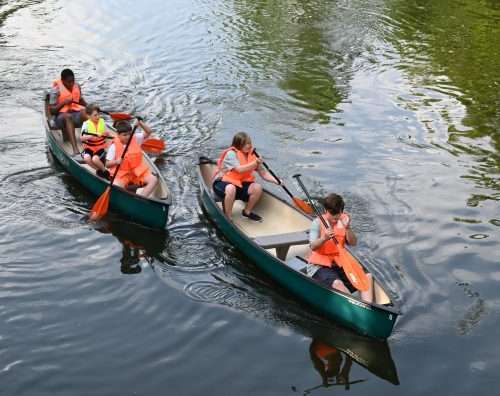 There’s nothing like heading out on an adventure and trying something unknown. For teens at the Boys  & Girls Clubs of Elkhart County, that meant working together as they tackled rock climbing, cycling and canoeing.

It’s part of an Adventure Week program for members at the Elkhart, Goshen and Nappanee Clubhouses led by the team at ULEAD. 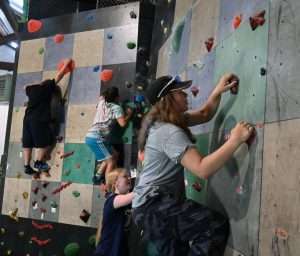 “With the last two years, we felt like teens needed an opportunity to get out and have some fun. We want them to be able to do some things together and build a sense of community,” said ULEAD Program Architect Tyler Huston.

He said they wanted to plant the idea that teens set their goals, direction and outlook on life. 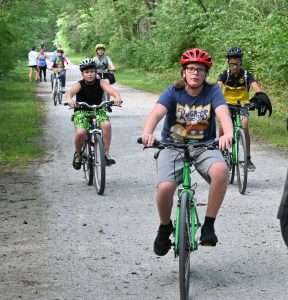 “We want them to be self aware about their future while having some joy outdoors,” he said. “Teens need to have opportunities to see what they can do in their own community.”

“They’re enjoying it. They have been excited to not only try new things, but to get out of the Club and be challenged,” said Nappanee Teen Coordinator Leeah Worley.

Each day had a theme — release, embrace and act. Huston said they wanted to encourage the teens to self-reflect while having fun.

They used rock climbing for the “release” theme, encouraging them to consider the things they hold onto and determine when it’s time to let things go. The cycling activity was about “embracing” things that go unnoticed or unspoken that can actually hold people together — like the spokes on the bike keep the wheel from breaking. “Act” encouraged them to understand how their actions influence the direction of their lives — like a paddle helps steer a canoe. 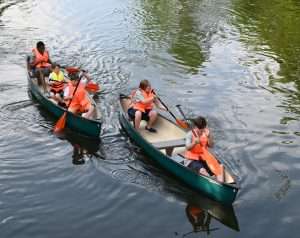 At the core of all the activities was building relationships. The teens said that’s what they enjoyed.

“It’s nice to know my peers around the area. It’s always good to get to know people who have things in common with you,” said Paige, a member of the Nappanee Club.

“It’s been difficult but fun. The best part is being able to spend time with these people,” said Kerrington, a Goshen Club member.

“It’s been interesting getting to know the others and their personalities,” said Eric, a Goshen Club member.

Worley said the pandemic halted many of the joint programs between the various Clubs and she was happy to see the interest in getting them back in place.

“This is easing us into bigger county-wide things where they can get to know members from the other Clubs. We want to develop that county-wide sense of pride and camaraderie,” she said.

Worley also said it’s great to introduce members to activities that can’t be offered inside the Club.

“Not all our kids have access to the equipment needed for these activities. It’s great to partner with places like ULEAD, Warehouse Climbing Co. and RAW Adventures to give them these opportunities,” she said.

Huston said he considers the adventure series a success.

“I’ve been encouraged by everyone’s willingness to jump in and try the activities. I saw a lot of smiles and was happy to see them doing things together,” he said.